You are using an outdated browser. Please upgrade your browser to improve your experience and security. For the best experience, kindly use Chrome, Microsoft Edge or Mozilla Firefox browsers.

Get the latest news

Mabati Rolling Mills LTD prides itself in having a robust distribution network with various distributors across Kenya. One of MRM’s key distributors in the western region of Kenya is Cecypo Limited. They are a distributor of building material across the Western Region and has been an MRM exclusive distributor for over 30 years.

As part of building engagement events for its partners, MRM decided to host a trade dinner and a
golf tournament for Cecypo’s retail partners from the 20th – 21st July 2018.

“Having joined hands with MRM many years back, we’ve been a witness to the many innovations
that the company has introduced and it’s our delight to host these two events for our loyal
customers and to reaffirm to them the quality products MRM has to offer,” mentions Mr. Ravi Patel,
the Managing Director of Cecypo. Mr. Andrew Heycott, CEO MRM added, “Business relations, like a
building, are built brick by brick. During my tenure at MRM, I have seen our business growing
primary due to the support of loyal partners such as Cecypo and today we gather to put another
brick into that partnership.”

The two day events kicked off with a trade dinner for Cecypo’s retail partners on 20th July 2018 at
the Yacht Club in Kisumu. It was here that MRM and Cecypo presented a gazebo to the Club’s
management showcasing possibilities with MRM’s light coated steel structural and building
solutions. The gazebo was designed to resemble the existing gazebos at the Club and it was a hit
with the management who are now interested in reroofing with MRM. There was general
excitement on the Gazebo and Ultraspan possibilities by the traders.

The following day saw golfers, MRM staff and Cecypo converge at the Nyanza Club for the
tournament. A total of 72 golfers participated bringing the total number of participants for the two
events to 122.

Mittun Patel, a Director at Cecypo said, “We at Cecypo are happy to have partnered with MRM for
these two events. Thank you for supporting us and I do believe that this partnership will only
continue to grow and prosper in the coming years.”

As one Bruce C. Hafen said, “Equal partnerships are not made in heaven- they are made on earth,
one choice at a time, one conversation at a time, one threshold crossing at a time.” 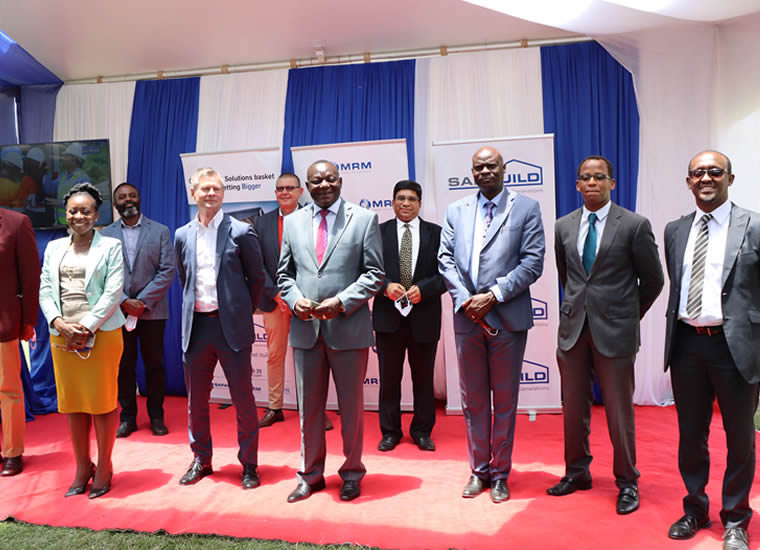 A paradigm shift in Kenya’s build-scape

Back in the mid 00’s, the reality of Kenya’s decimation of her natural resources came to fore with the rapid deforestation of the Mau water tower.

Mabati Rolling Mills LTD prides itself in having a robust distribution network with various distributors across Kenya.